THE JOURNEY - MY STORY Part 1 - JASON SUTTIE
I share the first of my 3 part blog share on my career, the journey, the transformations and transitions over the past 9 years.
Technology, Jason Suttie, Leadership, Coaching, Motivation, Banking, Blockchain, BSG, Foundery, RMB, Jason, Suttie, Engineering, Fintech
994
post-template-default,single,single-post,postid-994,single-format-standard,ajax_fade,page_not_loaded,,qode-title-hidden,qode_grid_1300,footer_responsive_adv,qode-theme-ver-16.2.1,qode-theme-bridge,disabled_footer_bottom,wpb-js-composer js-comp-ver-5.4.7,vc_responsive

Posted at 11:25h in Leadership, Technology by admin
Share

I share the first of my 3 part blog share on my career, the journey, the transformations and transitions over the past 9 years.

Reflecting on my journey at RMB feels like a lifetime. I joined in 2010 and my first assignment was to run the development team for the Finance transformation project that was underway at that time. Timelines were tight with monthly releases, quarter, half and year-ends in between these. In 2012 after two years and two deployments, I was asked to run the Development & Integration practice for the then centralized IT function.

Development practices varied per area and were at different maturities so I needed to perform maturity assessments accross the areas and create plans to reach the desired maturity. It was over this period that I learned the power of setting well defined SMART (Specific, Measurable, Achievable, Realistic and Timely) goals for my team aligned to their area maturity. In the first 18 months we moved some areas from zero code versioning to full CI/CD pipelines.

Reflecting on my journey at RMB feels like a lifetime.

BI was added to my portfolio and my team and I established near-realtime data warehouses for Finance and our Investment business unit. 2015 marked my first involvement in DevOps where I joined the Africa DevOps movement started by my friend Josef Langerman. DevOps was new to RMB and it took a few years for us to understand it and move to our own interpretation of it. In 2015 I transitioned into the Head of Technical Architecture role for RMB where the focus was on technical alignment of solutions to over-arching strategy. By mid 2016 I found myself at a major inflection point as I had been offered the Head of Engineering role at FOUNDeRY, this was a particularly difficult decision as I had the choice of two dream jobs. Ultimately I took the Head of Engineering role at FOUNDeRY which officially started late 2016.

And so started my most difficult role to date, running engineering the FOUNDeRY where the challenge took the form of engineering problems but also in the change management needed to shift people to the emerging future. Data science, Blockchain and Digital platforms were the focus areas. I didn’t have a clue about data science but quickly got up to speed on using supervised machine learning. My most powerful takeaway from the projects we did is that machine learning models are only about 20% of an end-to-end solution the rest is traditional software. Also it’s not a good idea to ask your data scientists to do the traditional software parts. What also fascinated me about the data science world was the low maturity when compared to DevOps in the traditional software space. This motivated our journey to DataOps where we married DevOps and data science within our way of work.

And so started my most difficult role to date, running engineering the FOUNDeRY where the challenge took the form of engineering problems but also in the change management needed to shift people to the emerging future.

On the digital platform space we rolled out our own Kubernetes cluster on two cloud providers. Kubernetes from scratch is not for the faint hearted, having been through this process a few times I highly recommend a managed service as these are now freely available. If you do choose to deploy your own Kubernetes, read Kelsey Hightower before you start! The learnings were incredible, we started with a monolyth which we then refactored into an amazing microservices architecture which mirrored many of the Netflix architecture patterns of the time. A few months in we also provisioned an on-premise Kubernetes cluster for integration into the bank systems. Our DevOps pipeline allowed us to automate the migration of deployments from Dev in the cloud to UAT/Prod on premise. This was in my view quite progressive.

Blockchain technologies are moving at a velocity that is hard to keep up with. Over the last few years there aren’t many technologies that we haven’t done R&D on. The key to Blockchain is not only the power of the technology but more importantly an ecosystem of willing and able participants is required. In my experience there are many willing participants in an ecosystem but many of them are not able to contribute materially due to financial or skills shortages in their respective organisations.

And so nine years later I'm taking a bow, saying cheers, thanks and starting my next chapter. I've joined Business Solutions Group or BSG where I and am taking care of the Technology Capability. The BSG Technology Capability is a software engineering capability that supports our client solutions. 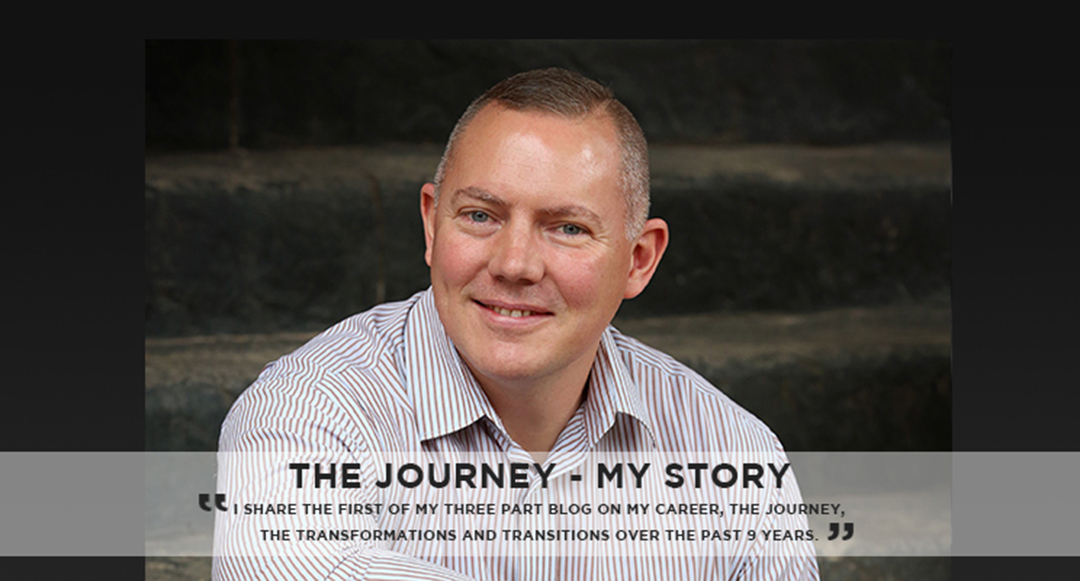